The day has come when work on site starts.  Jack and Dwain arrived with big hammers and wrapped in every coat they own.  Snow fell the night before so groundworks is a little tougher.  The first job was to ascertain where the existing services lie. The gas, electricity and water supplies were exposed and disconnected.  A waterproof electrical socket has been fixed to the wall so the contractors have a power supply and a water tap is still in use.  The apertures linking the old kitchen and the dining room were blocked up with two layers of OSB with insulation between.  Coach bolts ensure that no one can unscrew the boards from the outside. The radiators were removed and then bashing began from the top down.  To lend a helping hand we have a ‘pecker’ to break up the garage slab.

Found a basement room beneath the kitchen.  It had brick walls and was covered by a concrete slab.  I have no idea what it was for or where the entrance was.  It had black paint on the walls so maybe it was a coal bunker, but there is no connection to the basement.  We have plenty of concrete rubble to fill it with. 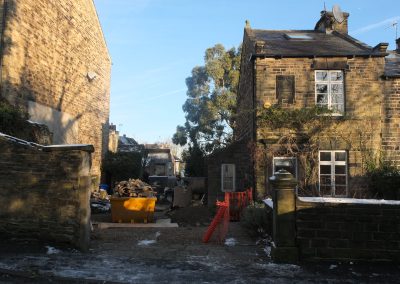 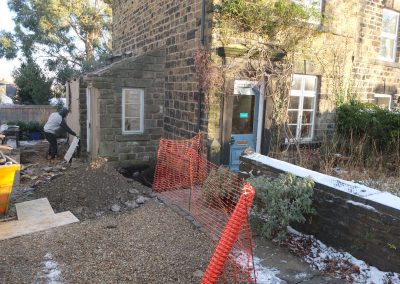 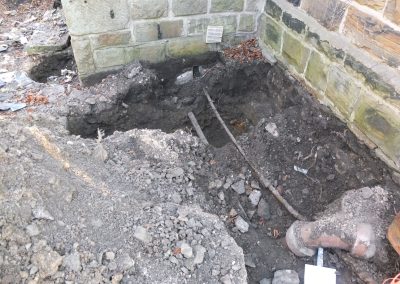 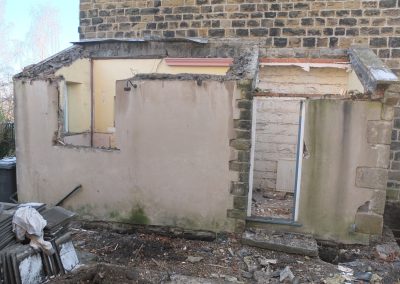 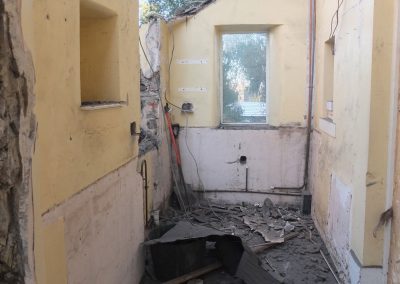 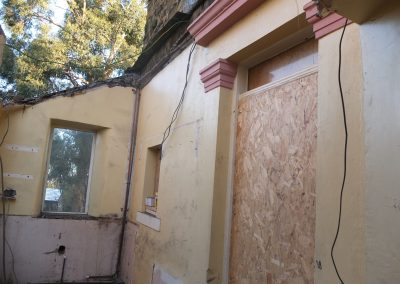 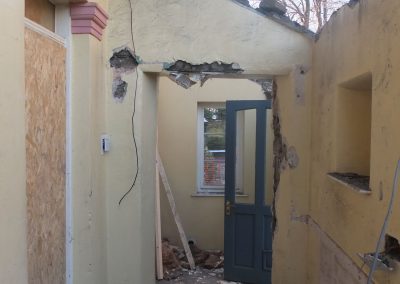 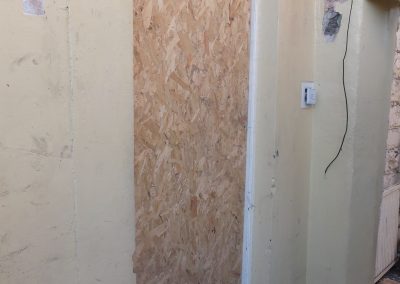 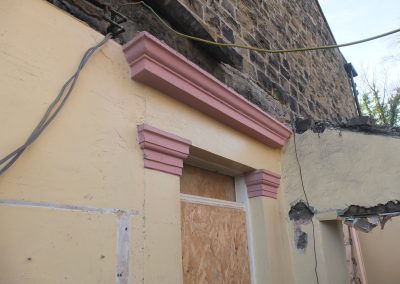 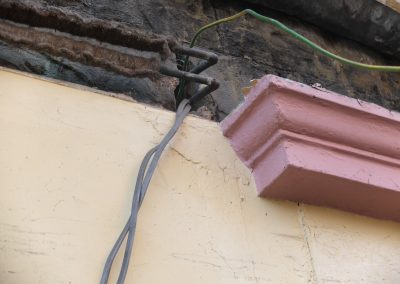 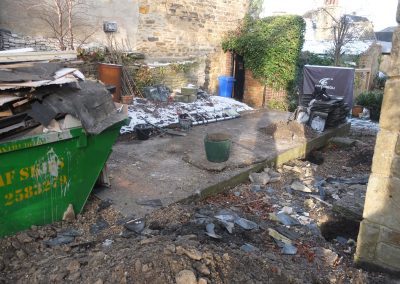 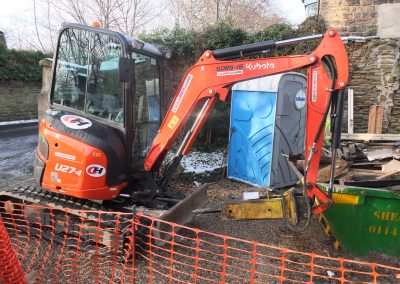 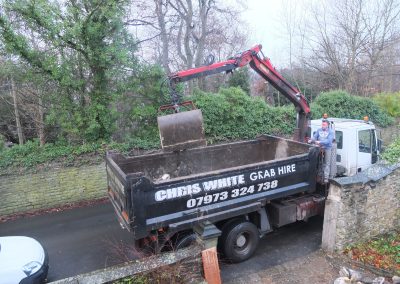 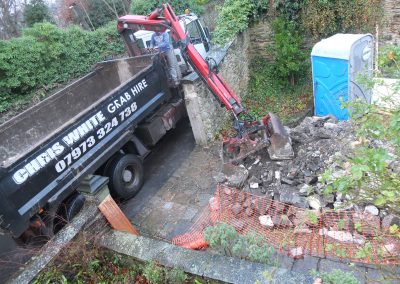 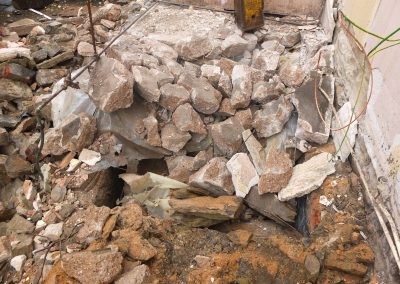 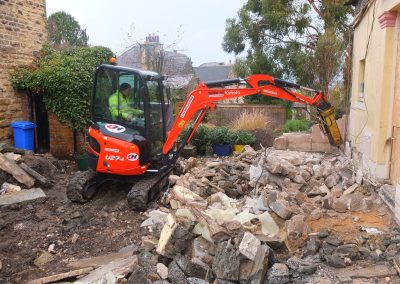 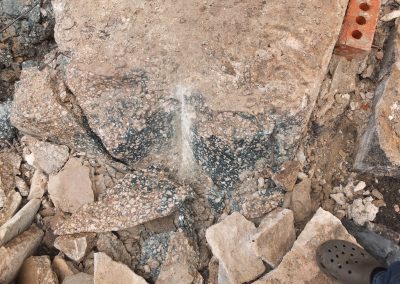 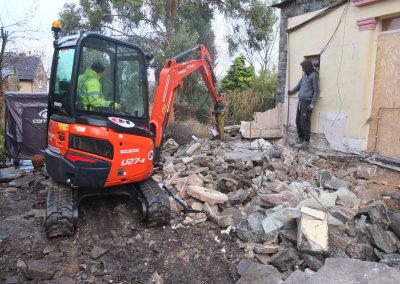 Masons Cottage is having an extension and this blog is documenting the process. 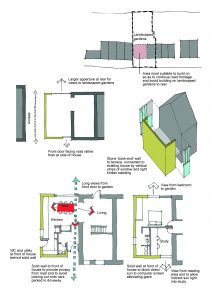